The Windy City Is Mecca for All Nomads & All Architects

Why Do They Call It The Windy City Anyway? 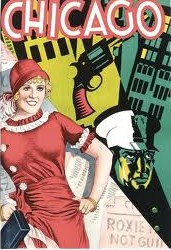 Well, it depends on which urban myth, historian or bloviating journalist you choose to believe. Yes, Chicago is a windy city due to its proximity to Lake Michigan. And, like many large urban centers, it is more windy because of its many tall buildings. The notorious wind of Chicago was immortalized by the great soul singer Lou Rawls in a classic monologue/soul/blues tune "Dead End Street". The urban myth which seems to be the most plausible, however, is the contention that Chicago is known as the Windy City because of all the hot air produced by its politicians. That seems particularly appropriate given the political history of one of America's most corrupt cities. And it seems particularly relevant given today's current crop of local and national Chicago politicians. There are many accounts verifying the history of booster ism and braggadocio of former and current City Fathers of Second City.

Frank Sinatra placed Chicago squarely in our cultural consciousness with his classic "My Kind of Town (Chicago Is)". After many visits to Chi-Town, I have come to embrace Chicago as the best big city in all of the US of A. New York has The Empire State and The Chrysler and the soon to be finished Freedom Center, but Chicago has more great architecture per square inch than any other American City. Some of the world's greatest buildings, large and small, have come from the fertile minds of great architects like Louis Sullivan, Frank Lloyd Wright and Mies van der Roe. The list of "starchitects" from Chicago is indeed impressive. While historians and critics may argue over the details, the architects of Chicago have had a profound influence on design and architecture internationally and stateside. Here is my partial Nomad's Top Ten List of Great Chicago Buildings, in no particular order, of the must sees for Nomads to ponder, peruse and otherwise ogle while in my kind of town:

The Farnsworth House - Mies van der Rohe. This residential  masterpiece of steel and glass by the transplanted head of The Bauhaus is proof that modernism is more than just "Less Is More". The original "glass house" is just an hour from Chicago.

The Rookery - Burnham & Root / Frank Lloyd Wright. A Chicago Landmark, this rather small building by today's urban standards, is a must see for all those interested in the roots of Chicago architecture. The Light Court is the central focal point of this National Register Masterpiece.

The Robie House - Frank Lloyd Wright. Near the University of Chicago, with floating cantilevers, integral detailing and exquisite art glass windows, this house is the best example of the master architect's Prairie Style, a term Wright loathed.

Millennium Park - Frank Gehry et al. One of America's great public parks with The Jay Pritzker Pavilion by America's reigning architectural genius of form or fantasy  set designer, depending on your point of view. Make sure you stop and watch the kids playing in the Crown Fountain water feature. You will smile.

Sears Tower/Willis Tower - Skidmore, Owings & Merrill. The tallest building in the western hemisphere, in addition to being one of the most innovative skyscrapers ever built, can also boast its place in cinematic history. Who doesn't remember Ferris, Cameron & Sloan viewing downtown Chicago while playing hookie from the observation deck in the classic Ferris Bueller's Day Off.

Unity Temple - Frank Lloyd Wright. Another masterpiece by the master in reinforced concrete. The interior is mesmerizing. A must see work of art.

Auditorium Building - Adler & Sullivan. One of the great masterpieces by Wright's mentor Louis Sullivan and Dankmar Adler. Still in operation today, it is a tremendous venue for opera, dance and theatre.

860–880 North Lake Shore Drive - Mies van der Rohe. Designed by one of the founders of The International Style, this exquisitely designed Apartment Building, built in 1921, is on the National Register. 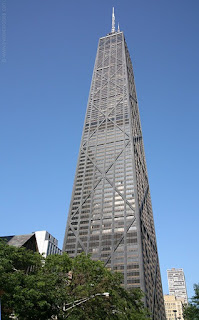 John Hancock Center - Skidmore Owings & Merrill. Another masterpiece by the big boys at SOM. We called it the big walkie talkie in architecture school. It's innovation at its best with the merging of great architecture and cutting edge engineering.

If you want to enjoy the beauty and power of the Chicago Skyline, I highly recommend paying a visit to The Chicago Architecture Foundation. They are committed to everything Chicago and everything architecture. You have a multitude of options for seeing the great buildings that are everywhere in Chicago.  Whether you prefer walking, biking, or the river, they have something for every taste and pocketbook. They even have an "EL" tour on the famous elevated rails of big bad Chicago.

Sleep, Eat and Be Merry


Like its architecture, Chicago boast some of the best hotels on the planet. You have many options from the smallest boutiques to some of the largest international hotel towers anywhere. Just remember, like all big cities, sleeping in Chicago ain't cheap! Since The Nomad Architect generally spurns big hotels, my recommendation is based on my personal preference for hotels which combine a unique concept with great design and great service.

The James Hotel Chicago has the concept, the design and the service. Located just off the Magnificent Mile, the James combines minimalism with very polished design details and great art. As you would expect, its rooms boast great beds and killer bathrooms. Because of its location, The James is within easy walking distance to numerous activities. World class shopping, great public spaces and all the night life you can handle is just a few steps away. And the Theatre District is a short five minute cab ride. The James also boasts one of the best steak houses in Chicago or any other city - David Burke's Primehouse. It's right next door and THE place to get a steak. All of the beef is aged in their own salt lined aging vault. We were offered a guided tour of said vault, but declined. Eating a steak is one thing but seeing them hung out to dry is quite another matter. And, every steak comes from a herd that has been sired by one bull whose name is, you guessed it, PRIME! Now, that's called having your steak and eating it too.

Of course Chicago has so many choices for Foodie Nomads that you should utilize the excellent concierge at The James for suggestions. However, one place is a must  for the hardiest breakfast you can get outside of Nashville's Pancake Pantry. Lou Mitchell's, in operation for over eight five years, is a Chicago institution.  It's crowded and it's loud with wise cracking waitresses, a fun loving owner and a menu which offers everything and anything to locals and visitors alike. Everything is made fresh and from scratch. And to add to the allure of this great place, they give away donut holes and serve up a little palette cleansing vanilla ice cream at the end of the feast. I recommend you get there early to avoid the lines.

Chicago has its share of great theatre, dance troupes and comedy clubs. The great Joeffrey Ballet makes The Auditorium Building and Theatre its home and should not be missed. And if you want to get your laugh on, there simply is no better comedy club than Second City. Countless luminaries of the comedy world count themselves as alums. Alan Arkin, Gilda Radner, Robert Klein, John Belushi, Chris Farley and Dan Akroyd are just a few of the famous that have graced the main stage. We laughed until it hurt when we visited this cutting edge gathering place for improvisational comedy.


Finally, you cannot go to Chicago without getting a taste of the blues. Great clubs abound. Buddy Guy's Legends offers up great local blues players as well as icons of rock and roll such as Clapton and The Stones. And if you want some spirit with your morning coffee, then The Gospel Brunch at The House of Blues is an absolute must. Not only is the food to die for, but, the music, which always offers up the best local and national gospel choirs, small groups and singers will lift the spirit of even the most cynical unbeliever.

So get to Chicago, sit back and enjoy all that America's best big city has to offer. And one last thing - Whether you fly into O'hare or Midway, take the train in. If you take a cab, you will spend a whole lot more money and waste a whole lot more time.

When In Doubt - Just Laugh

Travel Quote of The Week - It's a 106 miles to Chicago, we've got a full tank of gas, half a pack of cigarettes; it's dark and we're wearing sun glasses. Hit it! - The Blues Brothers

Video Artist of The Week - Lou Rawls. The Chicago native delivered on the promise that great jazz and soul music is well - great. If you want to hear what truly great soul and jazz singing is all about, then you must get Lou Rawls Live - 1966.  My copy still plays, even though I played it a few thousand times when I was in high school and college.