USA - The Official Place of Refuge for Nomads With Dreams

The Grand Experiment is Still Grand!!

As we awoke to another celebration of our founding  this morning, I began to ponder the onslaught of attempts by powers, great and small, to destroy our great country, as well as  our own self inflicted  wounds on the very freedoms that we have held up to the world for generations. When you view Lady Liberty or you read of the sacrifice of men and women to foster freedom, you have to remind yourself that this country, this USA, came to be because men, rebels all, said ENOUGH!!  In a single act of incomparable bravery and genius, this nation was birthed to give refuge to the "Nomads" and "Vagabonds" who wanted a better life in the new world, who wanted to worship their God in peace and determine their own destiny without government intervention.
Now this is not a political blog, but, one cannot discuss this amazing country without some discussion of the one subject that is not supposed to be discussed in polite company. And when you watch the news or read a blog or do  something really quaint like read a newspaper, you realize that we simply do not have any current day Washingtons, Jeffersons, Adams or Hamiltons. No, we Americans shake our heads in flummoxed disbelief at the current crop of empty suits that  are  running the place. I have a friend who believes the demise of this great country is eminent. It's not if but when. To that I say - Balderdash!! If you have any knowledge of the history of this great country, you can rest assured that its greatness comes from its people and their willingness to "throw the bums out" when righting the ship becomes necessary. With that greatest of documents to guide us, the US Constitution, we WILL defeat attacks of any kind on the virtues and ideas that came from the most unique concept of freedom ever envisioned by man. I am convinced we will, indeed, right this ship for generations to come.

And what About Generation Y? 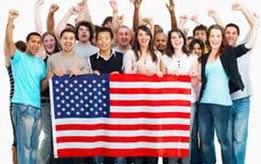 As we Boomers lament the latest crop of children who will soon be running the place, we discuss all the faults of the thirty somethings we have raised. And I must admit it is somewhat disconcerting when one of those young thirty somethings was recently asked by Jay Leno - Where is the Gaza Strip? and answered West Hollywood! Really? But we Boomers conveniently forget that we invented that most base of human traits - narcissism. You do remember Stephen Stills' mantra to self indulgence - If you can't be with the one you love, love the one you're with - don't you? That one line and its impact on our culture is worth at least three credit hours of directed study on human behavior gone awry. As the most privileged, upwardly mobile generation, we grew up with TV, hot cars and a vision of America that fit us like a glove. So spare me the judgement of the kids that are working through their lives day by day in a world very different than the post war world of optimism we sixty somethings enjoyed. Numerous studies point out that this new generation is optimistic, hard working and more open to change than any generation before it. I recently had a long discussion about this with my thirty something kids. I am utterly convinced that this country, with all its challenges, is in good hands. These guys get it and will keep the dream alive. They may use their I-phones and I-pads more than we wish, but they will pursue true happiness in their own way. It will just be - different. And on that note, I just got a text message from my son which reads as follows:
"Just landed in Denver - staying at The Curtis Hotel...be back Monday - Happy 4th - God Bless America!"
Its a new day! Whether its on parchment or a smart phone, the love of this country means the same thing and its ever new. By the way, The Nomad Architect assisted in finding The Curtis - a very cool boutique in downtown Denver.
So - as you head out to Grandma's house or some other favorite place to celebrate our day,  as I did last Fourth of July, I implore you to read our Declaration of Independence, written by one of history's greatest minds, Thomas Jefferson, at the ripe old age of thirty three. A Gen Y'er we can all believe in.
Oh Say Can You See!
D.L. Stafford
thenomadARCHITECT
Quote of The Week - "The tree of liberty must be refreshed from time to time with the blood of patriots and tyrants."  Thomas Jefferson
Video Artist of  The Week - Madison Rising. Named in honor of  James Madison - led by former Navy Vet and front man Dave Bray, these rockers celebrate our freedoms with an edge and no apologies.

Email ThisBlogThis!Share to TwitterShare to FacebookShare to Pinterest
Labels: The Good Ole USA