DC - Between The Hot Air & The Summer Heat, Our Nation's Capital Was Very, Very HOT! Did I Mention The Heat? 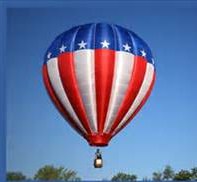 Washington, DC in July? Very hot, hot, hot, hot! You could certainly understand why George, Thomas and  Ben, along with their founding brothers, went home for the summer. However, every American should put DC on their list of 1,000 Places To See Before You Die. It has everything you need to see to truly understand the great and not so great of this amazing country. We started planning our trip earlier this year after our daughter, armed with a winding road spirit and a recent Masters Degree from Goldsmiths, University of London , decided to stake her claim in the brave new world. At her young age, she has been to many major urban centers in the UK, Italy, France and Spain, so, realizing that she is a big city girl, she decided Washington is the place for her. And so far, it's all good. I think her travels have given her a great perspective on life and culture. Travel informs you in many ways, both profound and pedestrian.
As we hit the road, leaving the bunker in our rear view, I came to realize two things - 1) It is a long, long way to Washington, DC from Madison, Florida  and  2) Finding small, boutique, really cool hotels "on the road" in the Eastern US is next to impossible. However, we still made the lengthy road trip enjoyable by breaking the trip up into manageable segments. Stopping for lunch in one of the South's truly great cities, Savannah, we took a lunch break at the very cool, very hip SOHO South Cafe. This great restaurant's tag line is "Where Food Is Art". Indeed! Setup in a repurposed warehouse, and dripping funk, this place is what you get in a city that prides itself on merging old and new with panache and wit. And the food ain't bad either. I highly recommend the Blackened Po Boy. And they have sweet iced tea you can only find south of The Mason Dixon.  Johnny Mercer would have loved this place. We could have easily spent the day wandering  the oak lined plazas, streets and riverfront, but, alas, our destination was further on up the road. 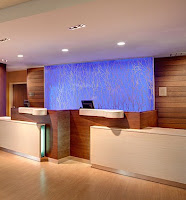 Next stop, the Fairfield Inn - Smithfield, North Carolina. I know what your thinking. Who is this clown kidding? No self respecting Nomad would stay in a chain. I mean the obsessive point of this blog is  anti-chain to the tenth power. And I say - Not so fast my fellow vagabonds. When somebody hands you lemons, you make lemonade. First of all, we stopped here because it was about two thirds of the way to our ultimate destination and second, Marriott is actually stepping up their game, design wise. With interesting interiors  sporting nice wall graphics and higher end finishes, this Fairfield was indeed a cut above. The bed was great and the room very comfortable. The view of the loading dock of an adjacent warehouse was nothing to blog about, but, it's the interstate. Plus, it was brand new and the staff was fabulous. Food wise - this is a stopover on I-95, so our choices were not much to write about so I won't bore you with the ugly details.

One noteworthy thing about long road trips and how they affect mind and body. After roughly eight hours on the road  and getting closer to Smithfield, I realized DC was only about another four and a half hours. So I turned to my travel companion, Susie, the most stoic person I know, and soon to be wife of forty years and say - Hey, what do you think about cancelling the Fairfield and calling the hotel in DC and just driving all the way to Washington tonight? Without saying a word, the look on her face can only be described as "Just stop the car right here and I can sleep on the side of the road". Sorry I brought it up.
When in Smithfield - It's Mickie D's for Breakfast 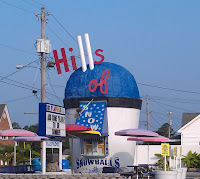 The culture of interstate travel is banal, monotonous and conforming. A good friend once said - You can be at any interstate exchange in America and have absolutely no idea where your are. Smithfield is one of those places. Since our ultimate goal was Washington, we decided to grab breakfast at that most ubiquitous of American interstate institutions - McDonald's. Egg McMuffin, Sausage Biscuit, coffee and hot tea. God Bless The USA! On the way out of town I was fortunate enough to capture a small piece of local roadside architecture. I shot this little ice cream/snow cone shop just for the many fans of The Nomad Architect and architecture aficionados who care about this sort of thing. Route 66 has nothing on this little architectural gem.
After a great night's sleep, some All American Road Food to boost our energy levels and GOOGLE  MAPS on the cell, we headed north on I-95 for what would become a wonderful trip to the epicenter of the free world located just a stone's throw from the center of the sun. As we followed the little digital smart phone lady to our hotel, we traversed many of the leafy green neighborhoods that Washington is known for. Our destination, The Carlyle Suites Hotel, was just off the famous DuPont Circle, which is kind of a political yuppie fairy land replete with restaurants, high end stores and all manner of parks and tree lined streets to enjoy. 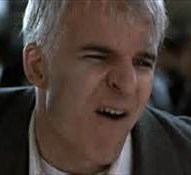 I had checked out the hotel pretty thoroughly - Rule One of Nomad Travel is - Do Your Homework. As I began the process of checking in, the  young woman behind the desk informed me that  valet parking was $39 per day. I said to her - Your web site specifically stated that you provided free parking. Then she said - We just changed it Monday. And I said - That doesn't help me since I made the reservation three weeks ago. And then she said - If you like you can find a parking garage down the street. And then I said - You apparently don't get it (I am now officially agitated) and I AM NOT HAPPY !!! Then the manager, overhearing our conversation, took over from the un-nice young woman that did not attend hospitality school and apologized profusely for the misunderstanding and upgraded our room and gave us four free breakfast coupons for their restaurant, which in DC is a big deal, since the average breakfast cost just north of 20 bucks. So I calmed down and considered it a wash.

As it turned out, other than a rather strange and almost entirely non-English speaking staff, the hotel was pretty cool. More about that in the next post. After check in and letting our daughter know that we had arrived in the big city, we headed down the street to find a place for a late lunch. Hello DC and your minions! Next Up - The hotel, the food, the trees, the people, the monuments and the heat. Did I mention the heat?
See You Soon
d.l. stafford
thenomadARCHITECT

Travel Quote of The Week - “A short distance away is the Tidal Basin, ringed by cherry trees that every year produce flowers, an event to which Washingtonians react as though it were the Second Coming of Christ.”  Dave Barry, Dave Barry Hits Below the Beltway

Video Artist of The Week - Dwight Yokum - A modern purveyor of the Bakersfield Sound from the likes of Buck Owens, Yokum brings his own version of Honky Tonk Hill Billy that's old school and new at the same time. I highly recommend his new album 3 Pears. Killer tunes and that unmistakable voice make it a great album for the road.
Posted by D.L.S.architect at 2:50 PM