Amazing Grace In The Most Unexpected Of Places 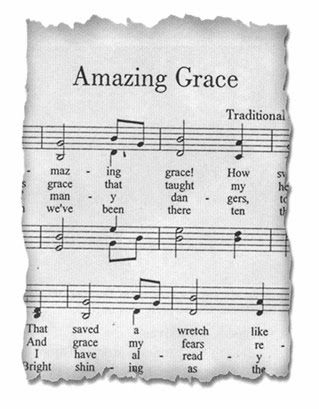 I have never been to Moscow and, quite frankly, it's pretty far down on my bucket list. However, my old college roomie sent me this "amazing" rendition of one of the greatest gospel hymns  ever written. The Russian singer delivers this song with soul from somewhere deep inside and the others singing with him help capture one of the most powerful and touching versions you will ever hear. The short Wikipedia introduction about Amazing Grace says:

"Amazing Grace" is one of the most recognizable Christian hymns in the English-speaking world. The text by English poet and Anglican clergyman John Newton (1725–1807) was first published in 1779. The words describe in first person the move of a "wretch" from a "lost" to a "found" state by a merciful act of God.

Over 6,000 recordings of this ancient song have been made. From Ray Charles to Johnny Cash to Il Divvo to Arlo Guthrie at Woodstock, no less, this hymn of power and belief has become an anthem to lost souls and believers of every persuasion. This version captures the essence of the great lyrical beauty and the soulful quality embodied in this timeless gospel classic. In a word - it's amazing!

I'd like to teach the world to sing, indeed - Enjoy!