NO. 10 ON THE CHRISTMAS COUNTDOWN - TWO SONGS & ONE POEM WILL INSPIRE YOU - IT'S BONUS TUESDAY! 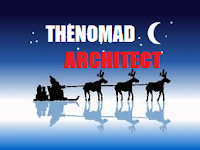 
I sang my first solo at the age of six - K-K-K-Katy, a popular song from World War I. It was in a play - I don't recall about what - I just remember some toy soldiers. I also remember seeing my mother in the auditorium beaming proudly as her second son - not her first son - found his star, at least for that brief point in my young life. Since then, I have never stopped singing - solos, trios, large groups - you name it - usually in church or with the classic "Daddy sang bass, momma sang tenor and me and my brother would join right in" family quartet. Although, I did do some very nasty versions of standards like Stormy Monday and Mustang Sally in college, usually with the party house band. I also won the ninth grade talent show playing the Boogie Woogie Blues Jerry Lee style - Kicked the bench over and everything! But let's not brag too much. Why is this important, you ask? I have come to believe that my obsessive love of all music was inculcated in me from that fateful debut back at Sealey Elementary. And because of that, when I hear music delivered in a powerful,  inspired way, I want to share that with anyone that has ears to hear.

I hope you will be moved by today's Countdown Bonus Collection. The two songs and poem can be heard on Smith's latest release - MICHAEL W. SMITH & FRIENDS: THE SPIRIT OF CHRISMAS.


First -ALL IS WELL with country diva CARRIE UNDERWOOD.

Second - PEACE with the one and only soul master MICHAEL MCDONALD.

And, last but not least, a poem - THE DARKEST MIDNIGHT - by world renown Irish Rocker  - U2's BONO.

Remember - If you can't hear the music you won't see the light! MERRY CHRISTMAS!