RANDOM VAGABOND ALERT - IT'S THE END OF SUMMER - I JUST HAD TO SHARE THIS !! 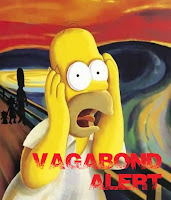 OK. Obviously I have taken the summer off. I have not been that busy, I have just been slackin' and enjoying my new grandson. But, with the Solar Eclipse just around the corner, a very observant  writer who lives near me in God's Country, Charlie Porretto, shared a Q & A Session concerning the 100 year event to happen on the 21st of August 2017.
And, if you travel to the one of the right places along the path of the eclipse and want to spend an inordinate amount of money for a place to lay your head while preparing for the two and a half minute event - you can probably score a room for three nights in Jackson Hole for around $700 per night - you need to read this so you will be completely informed about the many different aspects and unintended consequences due to the blessed event. 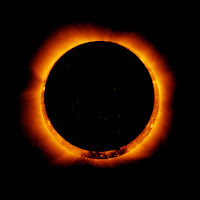 SOLAR ECLIPSE
Charlie Porretto
Q. What causes a total eclipse to happen?
A. The best way to understand it is to imagine that the Earth is a cantaloupe, and the moon is a grape. The grape travels in a circular path (technically called a “trajectory”) around the cantaloupe, while at the same time the cantaloupe travels around a flaming basketball representing the sun. Once in a great while, the grape reaches a certain point (the “hypotenuse”) that causes it to cast an unusually harsh shadow (the “penumbra”) and the resulting reduction in temperature extinguishes the basketball, thus plunging the cantaloupe into total darkness.
Q. So you’re saying that during an eclipse the sun actually goes out? A. Only for a few minutes. It usually comes back. Q. What if it rains on Aug. 21?
A. The eclipse will be held the following Monday.
Q. What if the Russians hack the eclipse? A. The president has already prepared a strong retaliatory tweet containing, according to a White House source, “very few punctuation errors.” Q. How can I tell if I am in the path of the eclipse?
A. Look outside. If you see strangers parked on your lawn, you are in the path.
Q. What will I experience during the eclipse?
A. It will get dark.
Q. Seriously?
A. Yes.
Q. That’s IT? Where I live that happens every night.
A. Perhaps so, but in an eclipse, after it gets dark, it — prepare for some celestial excitement — gets light again!
Q. Wow.
A. Yes! Isn’t it amazing?
Q. I was being sarcastic. You’re telling me millions of people are traveling long distances and paying insane hotel rates just to see it get dark?
A. In some areas there will also be wine tastings. Get ready for the 2017 solar eclipse Get ready for the August 21, 2017 solar eclipse! Parts of the U.S. will witness a total eclipse. Find out what you'll see based on your location. NASA
Q. What safety measures should I take when viewing the eclipse?
A. Safety experts strongly recommend that you wear steel-tipped shoes, a hard hat and ear protection. Also you should remain indoors in an uncomfortable crouch until the “all clear” has sounded.
Q. If I remain indoors, how can I view the eclipse?
A. Safety experts do not consider that to be their problem.
Q. Will the eclipse cause any unusual phenomena to occur?
A. Yes. Scientists tell us that during the eclipse UPS trucks will appear to be green, microwave ovens will actually make food colder, and any Starbucks beverage with a name ending in “ino” will spontaneously explode. Also all of the television sets on Earth, even those that are turned off, will simultaneously show the same “My Pillow” commercial. In the natural world, birds will migrate up and down instead of horizontally. Whales will suddenly question whether they really like plankton, or just eat it because it’s available. Certain breeds of dog may develop a primitive sense of sarcasm. Also herds of cattle have been known to spontaneously re-enact the rumble scene from “West Side Story.” All of these phenomena are perfectly normal and nothing to be concerned about, according to top eclipse scientists, who incidentally will be spending Aug. 21 in a mountain bunker in Peru.
Q. What about the religious groups who are claiming that this eclipse will trigger the end of the world?
A. Safety experts note that this is yet another argument for remaining indoors.
Posted by D.L.S.architect at 6:07 PM