NO. 5 ON THE 2019 CHRISTMAS COUNTDOWN - KILLER ARRANGEMENT - for KING & COUNTRY - THE LITTLE DRUMMER BOY 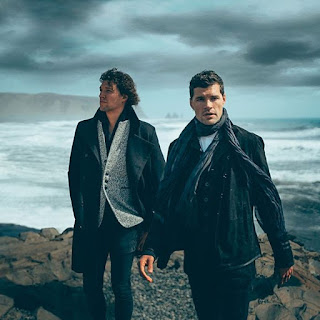 I'm a day late with today's tune, but it's worth the wait. If today's (actually yesterday's) 2019 CHRISTMAS COUNTDOWN tune doesn't get you going - well - that's on you. The Little Drummer Boy has been recorded by every artist from the greatest to the least important. But rarely has it ever been recorded like it is on this Countdown Number by for KING & COUNTRY, a Christian Pop group composed of two brothers from Australia, now residing in Music City, Nashville. Winners of two Grammies, one music publication referred to them as Australia's answer to Coldplay. I have been involved in music my entire life, so, when I see someone take a song as old and traditional as The Little Drummer Boy and turn it into a rocking Christian Pop tune, it has to be enjoyed and shared.

So - Really - Crank up the volume and get inspired by this incredible version of NO. 4 ON THE 2019 CHRISTMAS COUNTDOWN - THE LITTLE DRUMMER BOY BY for KING & COUNTRY.


It's Always About The Music - Merry Christmas