KEEPING GREAT MUSIC FROM THE PAST ALIVE & WELL 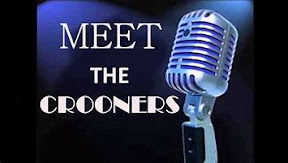 The first time I heard Michael Buble', live in Nashville, Tennessee, I thought - this guy knows something. Buble' understands the  phenomenon of truly great American music - jazz, great crooners, romantic songs, big bands and other styles of music that ushered in the "modern" music of America starting in the early forties. He has almost single handedly brought that music back
into the musical consciousness of America and the world. He has made it contemporary and relevant today. Like they say - Great music never gets old.

Listen to this current day crooner & lover of real jazz - No. 15 on The 2020 Christmas Countdown - Michael Buble' performing Let It Snow in a great video.

Second up - One of the greatest crooners ever - Bing Crosby doing White Christmas in the great film  Holiday Inn in 1942. The song won the 1943 Academy Award for Best Original Song.

And finally - A tune from The Chairman of The Board, the man that started it all. Frank Sinatra performing Santa Claus Is Coming To Town.