TODAY IS BIG BAND DAY FOR CHRISTMAS - TAKE A LISTEN AT SOME AMAZING PERFOMANCES FOR NO. 12 ON THE 2021 CHRISTMAS COUNTDOWN 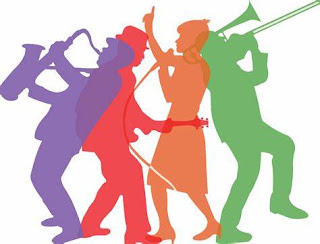 I have been a fan of Big Band Music since i was a kid. The horns, the drums, piano and the stand-up bass have always brought great music from way back in the day to contemporary sounds of today. Bands lead by such greats as Glenn Miller, Tommy Dorsey, Count Basie and Duke Ellington. More recently, with bands lead by the likes of Doc Severinson, the great drummer Buddy Rich and Wynton Marsalis, this uniquely American style of music is alive and well. I heard the Count Basey Orchestra perform with the great Tom Jones in Jacksonville, Florida in the mid-sixties and, more recently, The Jazz at Lincoln Center Orchestra lead by trumpeter Wynton Marsalis two years ago.

First up - From 2015 - The United States Air Force Band honoring WWII veterans with a killer Christmas Medley at Union Station in Washington, D.C.. In addition to the band an amazing dance troop from NYC performed and the Secretary of the Air Force, Deborah Lee James, was the lead singer on Jingle Bells along with a contingent of other great singers. How cool is that? So - Enjoy - The USAF Band tearing up a great Christmas Medley - No. 12 on the 2021 Christmas Countdown. The crowd was much impressed.