TODAY IS SATURDAY - CHRISTMAS IS ONE WEEK AWAY - ENJOY A GREAT SINGER TO GET YOU IN THE MOOD - NO. 8 ON THE 2021 CHRISTMAS COUNTDOWN 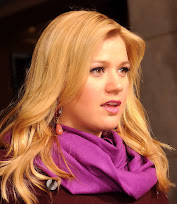 Kelly Clarkson is the first winner of American Idol way back in 2002! Since then, she has become a serious pop, rock and R&B singer, winning three Grammys to date and selling over 25 million records, Clarkson has developed and evolved as an innovative writer and performer. This artist has set her own trail in the world of pop/rock. After winning American Idol she became the first female artist to top the Billboard's pop, contemporary, adult pop, country and dance charts.

First tune today features Clarkson performing the great Christmas Classi SANTA BABY, first recorded in 1953, from her TV Special WHEN CHRISTMAS COMES AROUND - NO. 8 on THE 2021 CHRISTMAS COUNTDOWN.

Next, we have a song full of irony and some very cool lyrics about enjoying life, particularly at Christmas. The video explains it all, along with the Iyrics in this tune, Clarkson refuses to let changes in her life drag her down, especially during the happiest time of year. CHRISTMAS ISN'T CANCELLED (JUST YOU). Take that and Merry Christmas!!
Then we have Clarkson performig one of the greatest Christmas songs ever with two of the greatest country divas ever - SILENT NIGHT performed by Kelly Clarkson, Trisha Yearwood and Reba McEntire. Wow!
OK my fellow Vagabonds - Only one week left until CHristmas Day. Hope you and yours are taking it all in.
Merry Christmas
D.L.Stafford
thenomadARCHITECT
Posted by D.L.S.architect at 11:58 AM