FIRST SUNDAY OF THE SEASON - THE BEST OF CHRISTMAS WITH ONE OF THE BEST - ANDREA BOCELLI & FAMILY - NO. 22 ON THE 2022 CHRISTMAS COUNTDOWN 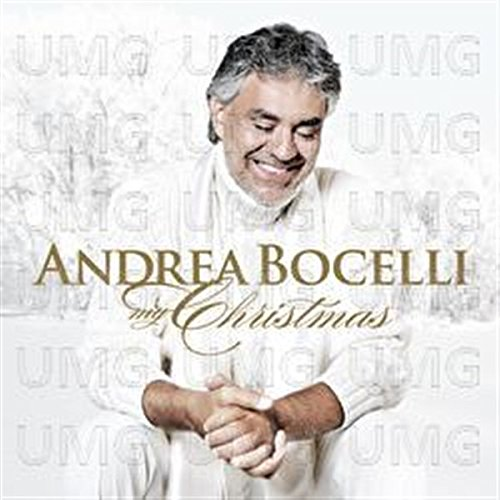 The power of a great tenor is always striking in its impact on your ears and your soul. Today's song for The 2022 Christmas Top 25 Countdown features one of the greatest tenors of classical and pop music to ever record. In addition to being a phenomenal singer, Andrea Bocelli plays the flute, saxophone, trumpet, trombone, guitar, and drums on many of his recordings.
Today's Top 25 Christmas tune is entitled The Greatest Gift from the album A Family Christmas. Totally blind since the age of twelve, the multiple award-winning artist won his first competition singing O Sole Mio at the age of fourteen in Viareggio, Italy. Since that time, he has released fifteen albums.
This accomplished singer, lyricist, and instrumentalist has recently recorded an album with his son Matteo and his ten-year-old daughter Virginia. It would appear that talent runs in the family. Enjoy this powerful song by Andrea, Matteo and Virginia Bocelli for The No. 22 Song in The Countdown for 2022 - The Greatest Gift. An amazing tune by an amazing singer and his family.
Merry Christmas
D.L. Stafford
thenomadARCHITECT
"He who has not Christmas in his heart will never find it under a tree" - Roy L. Smith (A highly decorated retired United States Marine Core Major General)