IT'S DIVA TUESDAY - NO. 13 ON THE CHRISTMAS COUNTDOWN - HIGH POWER FROM THE GIRLS 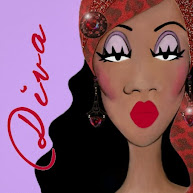 In the world of contemporary music, genuinely great singers are rare. Today we will celebrate some of the best singers performing today. Faith Hill combines grace, elegance and one of the most powerful soprano voices ever to be recorded. One of the most successful country artists performing today, she has won five Grammys and sold over 40 million records.

Maria Carey was named the all-time top female artist of all time by Billboard. I'm sure there are people who would argue, but, IMHO she has never recorded an album as outstanding as her first entitled simply Mariah Carey at the age of twenty-one.

And the last tune today features three of the best - Kelly Clarkson, winner of the first American Idol, has become a major star with a voice second to none. Trisha Yearwood is another diva that always brings down the house when she sings. And, of course, the one and only Reba McEntire is one of the true greats of country music.

In honor of truly amazing female power singers - NO. 13 on The 2022 Christmas Countdown - Faith Hill performs Where Are You Christmas?

Enjoy the one and only Mariah Carey with a power choir behind her in the Cathedral of Saint John the Devine - New York City. - Joy To The World
And wrapping up today's Countdown NO. 13 - Three of the most amazing singers in the world of music - Kelly Clarkson, Trisha Yearwood and Reba McEntire give us a powerful arrangement of the classic SILENT NIGHT.
I really hope you enjoyed today's music celebrating power and grace in music.
Merry Christmas
D.L.Stafford
thenomadARCHITECT
“Music, of all the arts, stands in a special region, unlit by any star but its own, and utterly without meaning ... except its own.” - Leonard Bernstein, The Joy of Music