With The Castle & Proud Mary At One End and The Palace & 007 At The Other - You Can Have London-I'll Take Edinburgh Thankyou!!! 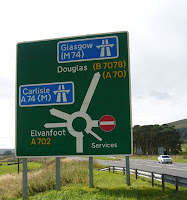 After a great breakfast at Howe Keld, we reluctantly packed the car for the drive to Edinburgh, Scotland. Remember in my last post I talked about taking the back roads? Well, as we left bucolic Keswick and The Lakes District, that little bit of Nomadic advice rang true as we got on the motorway headed north to Edinburgh. It was also raining quite a bit so it made this fourth leg of our UK Road Trip rather tedious. However, three things became evident as we got closer to the fabled ancient city. First, travel companions make all the difference, especially in a car. We had the perfect combination. A no-it-all alpha male driving with the most intelligent woman I personally know rendering opinions from the back seat and another highly intelligent female, that would be the no-it-all daughter, giving directions. Even when I went the wrong way, which was actually quite often, nobody got upset. Well that's not totally true. The aforementioned no-it-all daughter would get a little flummoxicated (my word) while admonishing me to make yet another U-turn. But in the end, familial love conquers all. Second, road music is very important. At some point in the future, I will give my recommendations for CD's and artists that are critical to making the miles more enjoyable. Third, my daughter is a Five Star Navigator & Atlas Reader. This is very important when you are driving in a foreign country, or you will never get where you want to go. One other note here. You may be asking yourself - Why didn't they just take the train? Two reasons. One - Unlike Italy, France and Spain, the UK Rail System is not extensive, so its difficult to get to many of the places we visited. Second - It is insanely expensive!


After finding the Glenalmond House B&B and checking in, we caught the bus downtown as suggested by the very Scottish owner, who gave us many tips on experiencing the sights and sounds of the city. The Glenalmond was the most traditional B&B we stayed in on our trip. However, it's bathroom had been completely modernized and the breakfast was outstanding and served with a smile by the owner and her staff. No cutting edge design here, but a good, basic sleeping option and very reasonably priced. 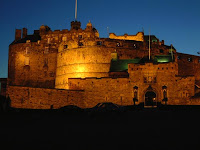 Back to Edinburgh. Edinburgh, the capital of Scotland was a major center of the Scottish Enlightenment. In addition to The University of Edinburgh, founded in 1583, the city boasts fifteen other major universities and numerous academies and other academic institutions. The educational, intellectual and cultural tradition of this beautiful city combined with a unique history of rebellion and great military endeavors makes it the most interesting city in Scotland and one which cannot be comprehended in its entirety in the two days we were there. While it clearly invites visitors and tourists with open arms, it doesn't feel like a tourist town. The sites and sounds of this invigorating place make you want to take it all in. And the people have none of the urban condescension that is evident in certain parts of London. If you have followed this blog, you know my preference for the hinterland over the urban. Edinburgh is the exception to that rule. Do not go to the United Kingdom without visiting this fascinating city!! 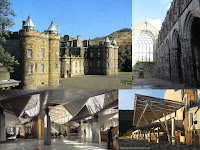 Another interesting aspect of "The Athens of The North" is the embracing of old and new architecture. A common occurrence in most of Europe, this is particularly evident in Edinburgh, where, at the foot of The Royal Mile, The Holyrood Palace, the official residence of the Monarch of Scotland, originally  built in 1501, stands directly across the street from the new, avante garde Scottish Parliament Building designed by Catalan architect Enric Miralles. This blend of old and new makes visiting a city so interesting. And if you are an architect it is a veritable treasure trove of visual and spacial delights around every corner. You cannot talk about Edinburgh without talking about food! We have all heard stories about the blandness of British food. Edinburgh seems to take great exception to that perception. Within easy walking distance of The Royal Mile, an amazing diversity of restaurants are everywhere from fabulous seafood to some of the best Italian, which brings me to the cuisine of choice after a long day walking up and down The Royal Mile. Who would have guessed that we would stumble into an excellent little Italian Restaurant, Bella Italia, that served some of the best thin crust pizza I have had, outside of Italy. I found out later, it's a UK chain, but, the pizza was still amazing. After eating all over the UK for two weeks, and having very little "English" food, I can say that the cuisine choices are many and varied. Sorry, no black pudding or kidney pie for this Nomad.

Edinburgh Castle. Built on an extinct volcano at the top of  The Royal Mile, this ancient fortress is fascinating historically and culturally. The site was first inhabited by humans in the ninth century BC, some four hundred years before the Parthenon! Throughout its history, it has served as a royal residence and a vital military post. It has seen enough battles, skirmishes, attacks, sieges and minor military conflicts to keep a military historian busy for years. It even has a gun, Mons Meg, that could fire a three hundred pound stone two miles! Complete with it's own chapel, royal apartments and numerous support buildings, its a veritable city within a city. It's most famous inhabitant was Mary Queen of Scots. Unlucky in politics as well  as love, the kind and beautiful Mary suffered the ultimate ignominy of being beheaded by her cousin, Queen Elizabeth I. Intrigue, great architecture and bloody misdeeds make the castle a can't miss for the curious Nomad. I highly recommend at least a full day to see this fascinating ancient edifice.

At the other end of The Royal Mile is the storied Holyrood Palace. This royal residence started out as the Augustine Abbey, built in 1128. The palace itself was added in 1501. With a long and embattled history, today it serves as host to Queen Elizabeth II one week every summer. It has also been the place where royalty recieves other famous visitors. None other than 007 himself (aka Sean Connery) was knighted here by the queen in 2000. The interiors of the Palace will give you a sense of just how over the top royalty can be as decorators. When you are through with the palace, check out the controversial and very expensive Scottish Parliament Building across the street. In the end, Edinburgh is one of those rare places that you want to return to again and again. Culture, history, great food and the coolest people in all the realm. 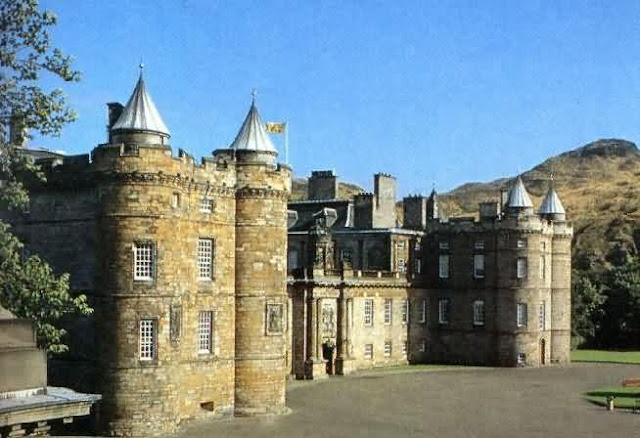 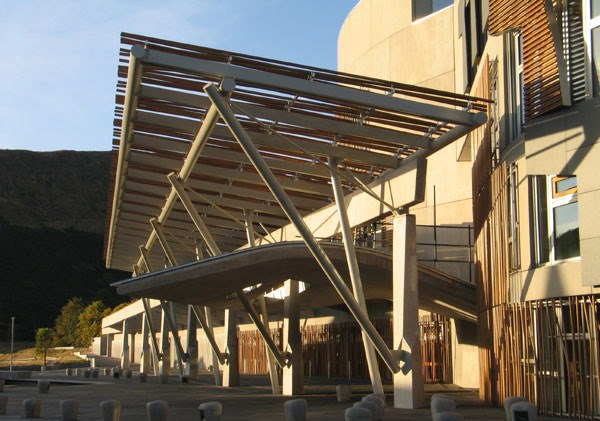 Next post - R&R in the country as we head south to the eco-modern cabins in the Yorkshire Dales - Natural Retreats.


Travel Quote of The Week - “I have found out that there ain’t no surer way to find out whether you like people or hate them than to travel with them.” - Mark Twain