The Rips, DC Talk & The King

I never heard  of The Rips until I stumbled upon them last week. They don't have a record deal and, apparently, very few have heard of them outside the UK. They bill themselves as "one of the top wedding bands West Yorkshire has to offer". How's that for self assured marketing?  At this point, you couldn't even say they are an "Indie" band. What you could say, however, is that they have one of the most unique lead singers - with at least a six octave range - of any rock band you will ever hear. And, if you could score them for your next party or wedding, let's just say a good time should be had by all.
Rocking in on the last Friday before Christmas - No. 5 on The 2012 XMAS Countdown - Christmas Time by The Rips. 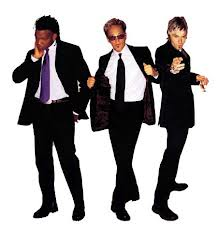 Next up - DC Talk. No other Christian rock/hip hop band has a body of work that is as compelling  as DC Talk. Their creative brew of rock, pop and hip hop, without sacrificing the message, ushered in an entirely new genre of Christian contemporary music. Since their hiatus in 2000, the Grammy winning trio has continued to spread their message as individuals and, occasionally, together. I had the pleasure of seeing them live with my kids some years ago and it was amazing in every aspect with powerful music delivering a powerful message.

No Christmas Countdown would be complete without The King of Rock & Roll and Blue Christmas. So, in honor of the last Friday before the big day, here is a stripped down version featuring a black leather clad Elvis and his band with guitar, drum box and tambourine as accompaniment. And, of course, vocals by the one and only. Plain and simple, like it should be.


So Rock On and Be Safe - Merry Christmas and Happy New Year To All Our Mayan Brothers & Sisters
d.l. stafford
thenomadARCHITECT 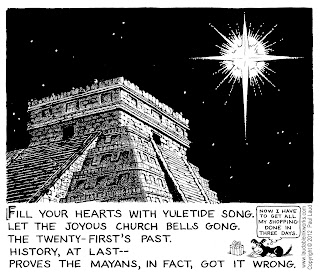