Everything You Ever Thought About Atlanta International Is True 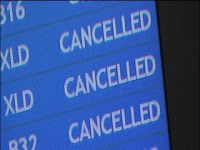 Because we were flying Southwest, we drove from God's Country to Atlanta to begin our 40th Anniversary Celebration Trek.  Atlanta Airport - Beelzebub's Foyer. Whatever moniker you choose to reference the world's second worst airport - Heathrow being numero uno - flying out of Atlanta is for people who just want to  prove they can take it. I bring this up to simply acknowledge what all travel weary Nomads know. Flying is much like riding Greyhound with wings, except that it takes much longer to board. And flying out of Atlanta is egalitarianism at its best - Everybody feels like a schmuck. After ordering my bride to "stand directly in front of the podium" to check her boarding pass, the TSA Nazis decided that we were, indeed, not members of The Taliban and directed us to the queue for Checkpoint Charlie. After putting our clothes back on, we decided to eat an early breakfast at Atlanta Bread Company. What can one really say about Atlanta Bread Company in Atlanta International Airport? Just a thought - If you have a choice between Atlanta Bread Company and simply picking food to eat from a random garbage can - lift the lid and dig in! Atlanta Bread is that bad.
After experiencing the indignity of the world's busiest airport you
come to appreciate Nietzsche's admonition "That which does not kill

us makes us stronger". Still alive and maybe a wee bit stronger, we boarded our flight for Portland and the stress of the early morning began to dissipate. Southwest manages to make flying, if not enjoyable, at least tolerable. The flight attendants do their best to make you smile and forget the fact that you are sitting in a seat designed for vertically challenged anorexics. And I would be remiss if I didn't mention the gourmet nuts and cheese crackers. Unlike the other majors, Southwest still gives you stuff. After a plane change in Phoenix, we landed in Portland for the first leg of our week in "The Beaver State".
As we made our way south through the Willamette Valley along I-5, which runs from Canada to Mexico,  I was struck by its greenness. The flat, broad valley, surrounded by extensive mountain ranges east and west,  boasts extensive farmlands, cattle ranches and numerous wineries to provide a picturesque drive unusual for interstate travel. After most of the day in airports and planes, it was nice to have a relaxing drive to our first night's destination in Eugene.
AIRBnB - Proof That Nomads Can Have Their Cake & Eat It Too 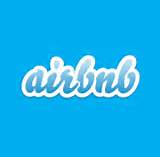 After following and reading about  AIRBnB for a couple of years, I decided to take the plunge and check out what is fast becoming one of the most popular sites for budget minded travelers. This site is for people who refuse to settle for the "cheapest & cleanest" and revel in the unique but don't want to break the bank. It has everything from ten dollar couches in Tallahassee to three bedroom villas in the heart of Barcelona. Featured widely in print and television media, AIRBnB is proving to be the go to place for outstanding value for quality seeking travelers. One word of caution - Do your homework. Unlike other boutique hotel web sites such as I-Escape or Tablet, AIRBnB does not perform professional reviews of accommodations so you have to be thorough in your search. All reviews are by former guests. According to AIRBnB, reviews cannot be removed by property owners, so what you read are honest evaluations by real travelers.
If you follow travel sites at all, you know guests can be brutal in their assessments. If the ice machine doesn't work, or the concierge was not the most accommodating, travelers will let you know about it in no uncertain terms. So, if you find mostly positive reviews of a place on AIRBnB, you can be fairly certain that you will be staying in a place that will meet your expectations.  You can also email the owner with any questions you may have about their place.  I have found owners to be very responsive and helpful. And, last but not least, in this age of banality, especially in the travel industry, it is refreshing to find great places to sleep where there is personal involvement by owners who want your stay at their place to be memorable.
And Margot Made Sure It Was Memorable

Entrepreneurial Boutiquers like Margot help ensure that AIRBnB will remain a force in high expectation travel for discerning Nomads. From the moment I knocked on the door of their artfully designed main house, designed by her architect husband, I knew we had arrived at a place that was going to prove my instincts correct. Nestled amongst a leafy green neighborhood of reclaimed and re- imagined houses, mostly from the forties and fifties, the place just felt right. Upon entering the Bright Airy Studio In The Trees, our expectations were confirmed. Immaculately detailed from the base boards to the large exposed beam supporting a vaulted ceiling, this place has it all. The expansive windows and large skylights over the platform bed ensure that this high quality sleeping place lives up to its billing. A small sitting area with a lounge recliner, a small euro bathroom and a nice kitchenette completed the interior of this welcomed retreat for two very jet lagged Nomads. There was also a small deck for sitting and enjoying the tops of the trees that surround  the studio. And the price would warm the cockles of any Cheap Nomad's heart - $75!

And then there was Margot. The concierge at the Ritz has nothing on this girl. After greeting us and showing us to the studio, we had a personal introduction to the amenities of her unique property, as well as the surrounding area, which is very close to the University of Oregon campus. The neighborhood has a great vibe and considerable architectural merit as well. In addition, Margo had several recommendations for dinner, including a small Italian eatery Beppe and Gianni's Trattoria. The food was to die for and the service was fabulous. After dinner we returned exhausted and had a great night's sleep in the very comfy bed in the studio. The next morning, we awoke to find fresh, hot scones in  a basket outside our door from Margot. In addition, the fridge had yogurt, OJ, organic coffee, granola and other items to make a nice, fresh meal for two Nomad's ready to head to the coast for the week. Margot was nowhere in site, as she had told us she goes kayaking every morning at 6:30. Did I mention that people in Oregon love the outdoors? As we packed up and headed for the coast, Atlanta International became a distant memory.
Coming to you from a balcony on the beach - Hilton Head South Carolina. Next up - Nirvana at Wild Springs Guest Habitat and the Oregon Coast.
D.L. Stafford
thenomadARCHITECT

Travel Quote of The Week - "Eugene is located in Western Oregon, approximately 278 billion miles from anything" - Dave Barry

Video Artist of The Week - Marcus Roberts - Called "the genius of the modern piano" by none other than Wynton Marsalis, this native of Jacksonville and Florida State University Professor of Music is one of the true greats of jazz working today.