Random Vagabond Alert No. 17 - Let's Take A Quick Time Out 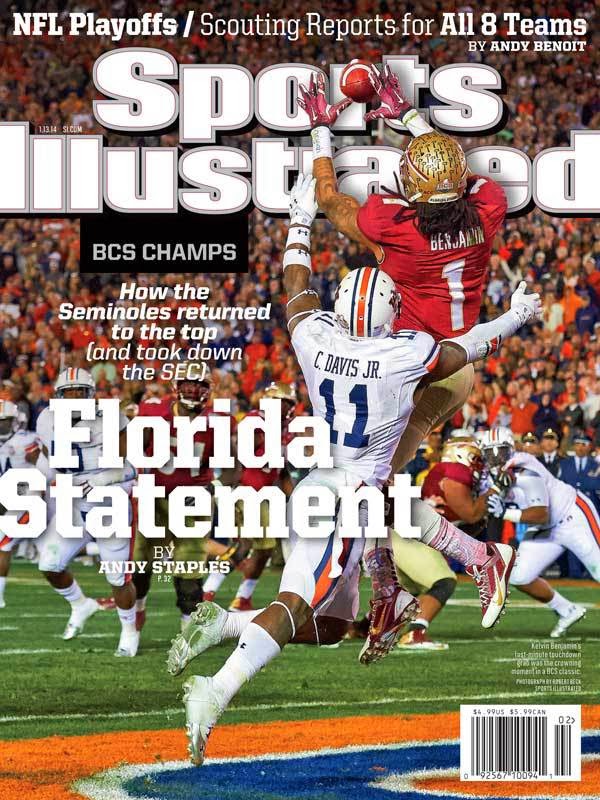 Today's quick report is not about travel, unless you are one of the fortunate few who had an extra five grand to spend to attend the BCS National Title Game at the Rose Bowl In Pasadena. No, today is about the great game of college football between the Seminoles of Florida State University and The Tigers of Auburn University. Let's be clear, I am not torn in my allegiance - I was born and raised in Tallahassee, graduated from FSU and attended my first football game sometime around the ninth grade when FSU was pretty much a minor player in the world of big time college football. I have continued to sit in the same seat on the forty nine yard line for longer than I care to admit, except, of course, when the Vagabond spirit calls me to some far away place. I also attended architecture school at Auburn - "The Loveliest Village On The Plain", where tradition reins supreme as evidenced by celebrations at Toomer's Corner after a win. You have never seen that much toilet paper on a tree. Since 1896, Toomer's Drugs has made the best fresh squeezed lemonade on earth. And lest one be confused about the incorrectly perceived identity crisis between the Auburn "Tigers" and the battle cry "War Eagle", the following explanation from Wikipedia will clear up the confusion.

The widespread use of "War Eagle" by Auburn devotees  has   often
led to outside confusion as to Auburn's official mascot. However, the official mascot of Auburn University is Aubie the Tiger, and all Auburn athletic teams, men's and women's, are nicknamed the Tigers. Auburn has never referred to any of its athletic teams as the "Eagles" or "War Eagles." The university's official response to the confusion between the Tigers mascot and the War Eagle battle cry is, "We are the Tigers who say 'War Eagle.'"


Enough trivia. If you are a college football fan then you already know about the heart pounding contest between two great football teams this Monday past. However, I do understand that it's not everyone's cup of tea. My BFF and sweetest vagabond of all really doesn't care about college football per se, but, in deference to her significant other, she "endures" my passion and shows concern, especially when we win the big one, as we did this year. After trailing most of the game, the "Unconquered" Seminoles took the field with 1:19 left, drove eighty yards and scored the winning touchdown with thirteen seconds on the clock. The imperfect was rendered blissfully perfect! Even for a non fan, it just doesn't get any better.

Finally, for true Nomads who also happen to be college football fans, you owe it to yourself to take a fall and attend some football games at some of the most unique sporting venues you will ever see. From Howard's Rock at Clemson to The 12th Man at Texas A&M to Mr. Two Bits  at the University of Florida to Ralphie The Buffalo at Colorado to the Tiger Walk at Auburn, you will see the passion and color of America's greatest sport. And finally - take a long weekend to the greatest venue in all of college sports, in my home town - Doak Campbell Stadium in Tallahassee, Florida, also known as God's Country. With the greatest mascot on the planet - Chief Osceola and Renegade - the current king of the football world will show you what three hours of great football is like.  A long list of hotels and restaurants will make your stay in The Capital City one to remember.
When In Doubt - Hit The Road - Go Noles!
d.l.Stafford
thenomadARCHITECT