So Exactly How Do You Plan To Vagabond in the 14th Year Of The New Millenium? 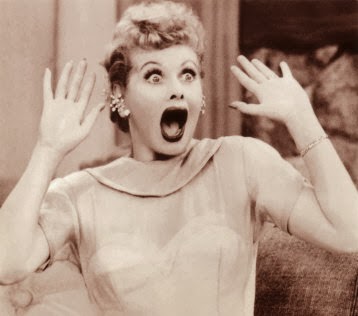 In galaxies far, far away, long, long ago, and more recently, I continue to be enchanted by the unexpected in travel. Travel leads to things you never could have imagined. And, if you are open to it, it can change everything. Your perceptions about culture, your understanding of people in other parts of the world and the poetry of languages you don't really understand that, if you try,  will allow you to communicate with another human being like never before. Today's post is about serendipity. Those unexpected things, both great and small, that make your Nomad spirit soar. As you gear up for your travel plans, remember the words of Mark Twain:

"Nothing so liberalizes a man and expands the kindly instincts that nature put in him as travel and contact with many kinds of people."

Here are some personal moments of the unexpected we have encountered along the highways and byways.


Bocce Ball In The Shadow Of The Eiffel Tower
Upon visiting and enjoying my favorite city in the world for the first time, we headed out to the Eiffel Tower like all the other tourists who come to the City of Light. Paris is known for many things. It has more world class museums per square foot than any other city in the world. Unlike large cities in other parts of the world, the scale of Paris is very human. Without the massive skyscrapers of New York, Chicago or London, it retains intimately scaled and diverse neighborhoods that encourage walking, sitting and people watching. And no city has sidewalk cafes virtually everywhere like Paris just for that purpose. 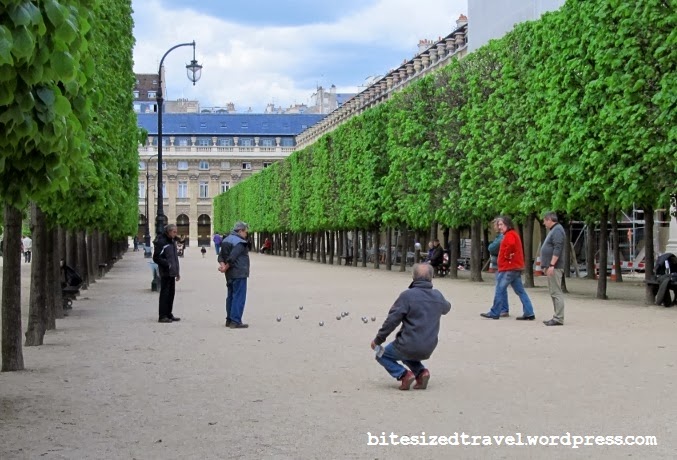 As we were making our way to the iconic tower, the engineering and architectural centerpiece of the 1889 World's Fair, we discovered an entire culture of local activities among the trees and lawns surrounding the Eiffel. One such activity involved the ancient game of Bocce Ball, played with great passion by mostly men, young and old. As an American, my perception of bocce ball is that it is akin to bowling with a twist. As you would expect, it has its own set of rules which make absolutely no sense to the uninitiated. Sitting on a bench and watching the players trying to get the large ball, or boccia, closest to the small ball, or pallina, was one of those unexpected pleasures in the middle of this great city of over two million which made the visit worth the walk. And by the way - Unlike the uninformed rants of some unhappy Americans, we found Parisians to be some of the friendliest and most helpful people we have ever encountered in our wanderings in Europe. In hotels, restaurants and on the street, we found people to be quintessentially French and proud to share their culture.

Architecture As Art In Northumberland UK 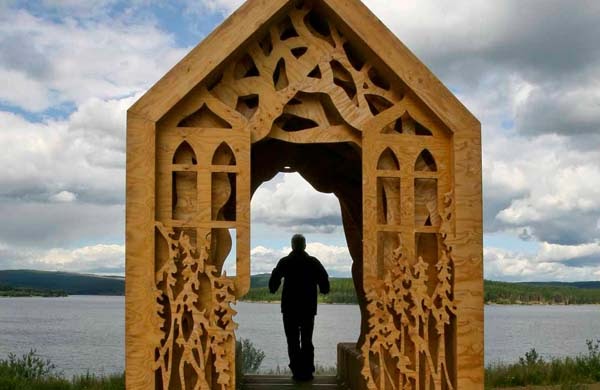 On our 2012 trip to the United Kingdom, we traversed the hills and dales of the "little continent" by car and happened across one of the most unique national parks ever. The Kielder Water and Forest Park, in addition to having the largest man made lake in Northern Europe and a 250 square mile forest, contains numerous architectural and sculptural installations for all to enjoy. We discovered one of the most unique installations after wandering down a road that said "No Admittance". With much consternation by some in the car, we arrived at the shore and enjoyed one of the most unique pieces of architecture and wood sculpture I have ever seen. Freya's Cabin is an architectural installation with views across the lake to its counterpart, Roy's Hut. Both are sculptural representations of the story of two characters who live by the lake and their efforts to meet. The following explanation, from the Kielder web site, gives some small insight into the idea behind the design of this interesting work of art.

Their two structures have been imagined within a fairytale that the designers wrote specifically for Kielder, inspired by the two sites, mythology and folklore. Within the story, Freya’s Cabin and Robin’s Hut are designed and built by the characters: the real structures offer visitors evidence of these characters and their adventures.

My only regret was that we were unable to stay longer and visit more of the installations on the twenty seven mile walking trail around the lake. 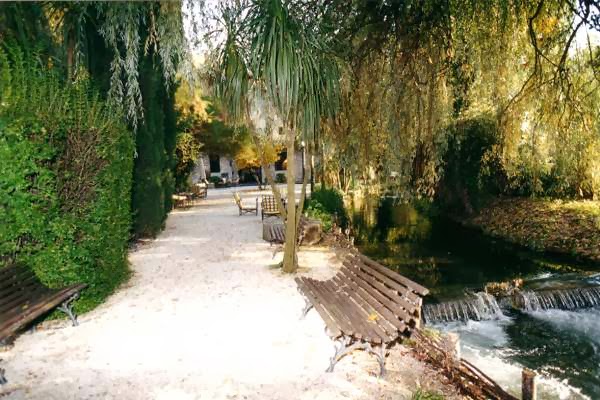 Breaking The Language Barrier In Umbria
Located in the village of Spoleto, in the heart of Umbria, Vecchio Molino is  a small hotel ensconced in a repurposed grain mill next to a small paleochristian temple from the fourth century. It's one of those places you can't find unless you really look. In addition to clean, simple rooms, the grounds of this magical place have numerous linear water sluices within formal gardens and plantings that render it almost surreal. After strolling through the water laden gardens and enjoying some local wine and cheese, we asked the young concierge if there was a restaurant nearby. Just down the road she said -  so we walked until we arrived at a small trattoria nestled in the woods. Upon entering, I felt like we were in a 1940's romance novel. The place simply oozed character, from the rough hewn beams to the Italian tile floors, it just felt so Italian. We soon found out that it was, indeed, Esagarato Italiano. Not only was the food amazing, but the chef was of the gregarious variety who spoke no English. 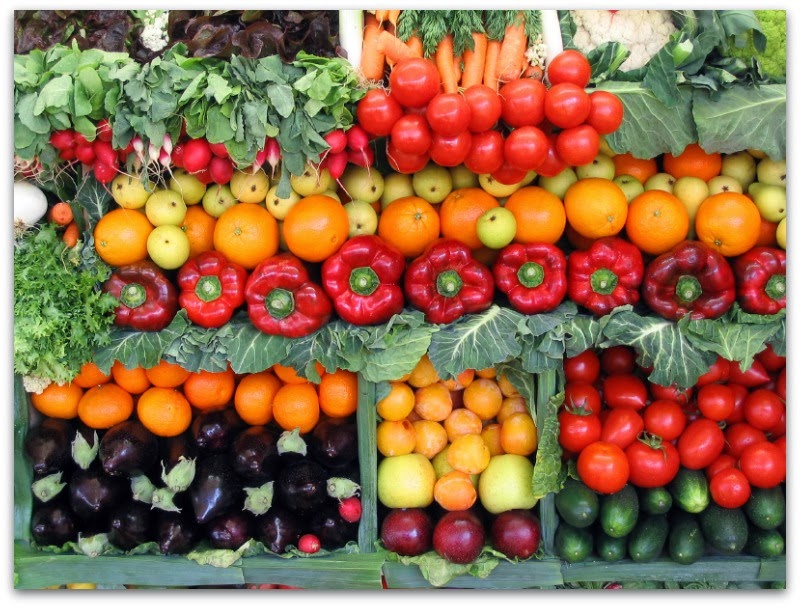 As much as we tried, our Italian was not much to brag about. So we began a most interesting cross cultural conversation. With both broken Italian and English and numerous hand gestures, we didn't get much accomplished. Finally, we began what became a game of language tutorials between us and this utterly delightful man in the apron. He would bring out some food group, such as egg plant, hold it up and ask us what it was called in English. We would respond with the English word and he would tell us what it was in Italian. This went on for several minutes as we laughed and enjoyed one of the most delicious and entertaining meals anywhere. It also proved that there really is no such thing as a language barrier. You just need to get creative. And the most surreal part? I could hear none other than Janis Joplin singing "Me and Bobby McGee" over the stereo - A trip within a trip! 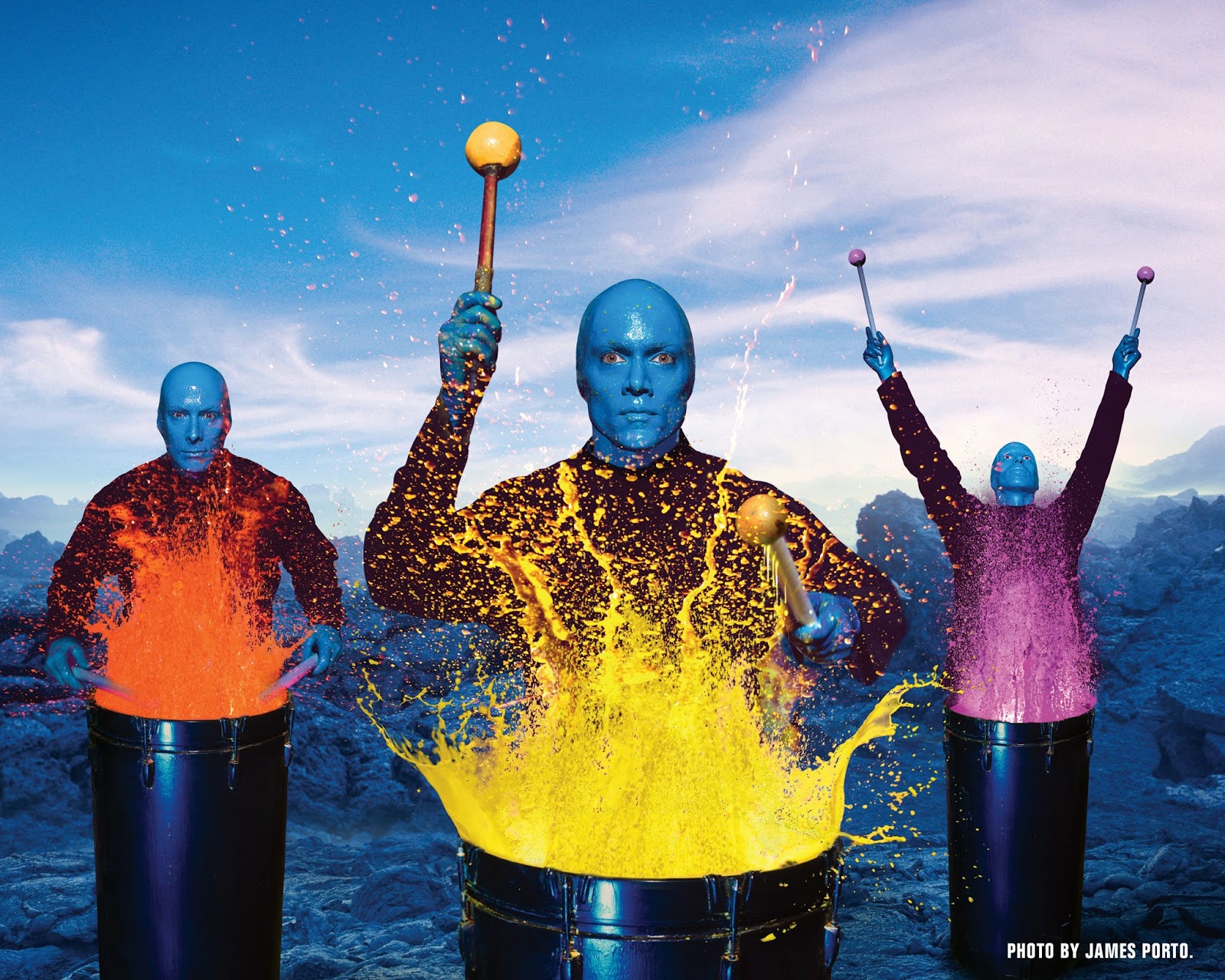 And Serendipity Happens In The Good Ole USA Too
Sometimes, the expected rises to the level of the unexpected. Since our children are grown and live in different cities, we make a point to take a trip for just us at least once a year. We tried our best to take them to places of interest when they were kids, so they both are always up for a new adventure, especially when mom and dad are footing the bill! A few years back, we decided to take our family trip to The Big Apple. While checking into the very intimate Muse Boutique Hotel just off Times Square, the consierge recommended that we not miss a little known musical/percussion/performance art group called Blue Man Group. In addition to the sites and sounds of New York, we took her advice and bought tickets to the show. Well, if you know anything about Blue Man Group - They are now internationally acclaimed - you know what we saw. One of the most uniquely entertaining shows involving insane drumming, liquid color splashing ten feet in the air, miming of the first order by a group of acrobatic performers dressed and painted in neon blue. It was true performance art at the highest level. Nothing gives parents more pleasure than watching their kids enjoy something like we did that great night in lower Manhattan.
These are just some of the unexpected experiences we have enjoyed while traveling. If you really think about your own travels, you can bring those experiences back to your consciousness and smile again. Of course, the best way to keep track of  the good, great and completely weird is to keep a travel journal. I try to write something every day when we are on the road. That's becoming even more important nowadays, since my long term memory ain't what it used to be! Or is it my short term memory? I forget.
So here's hoping that 2014 will take you and yours down those side roads that will allow you to get in touch with your utterly vagabond self. Surprise -Surprise -Surprise!!


Travel Quote of The Week -"Why think about that when all the golden lands ahead of you and all kinds of unforeseen events wait lurking to surprise you and make you glad you're alive to see?" -
Jack Kerouac, "On the Road."


Video Artist of The Week - Stan Kenton - The bio of this master of jazz and big band says- "There have been few jazz musicians as consistently controversial as Stan Kenton. Dismissed by purists of various genres while loved by many others, Kenton ranks up there with Chet Baker and Sun Ra  as jazz's top cult figure"  Take a listen in the margin.