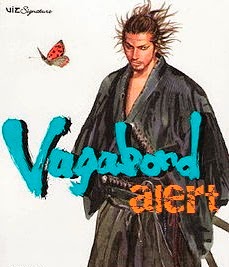 HOLD ON, THEY'RE COMIN'-HOW TO HAVE MORE MONEY IN YOUR POCKET WHEN YOU GET ON THAT ROCKET!


That's right fellow vagabonds, travelers, wanderers, searchers, seekers, fly boys & fly girls and nomads who need a break - the good old USA is soon to have somebody to compete with the greedy, money grubbing "we charge for everything" airlines like Delta, United, KLM, Air France, British Airways ad nauseam. The latest news about low fare airlines is going to be a boon for penny pinching Nomads who want to cross the pond or just catch a quick flight to Cleveland without 3 - 2 hour layovers.
RYAN AIR - CHEAPOS LOVE THEM - UPPITIES HATE THEM
RYAN AIR is coming to America. Ridiculous fares can already be had in the UK and the rest of Europe from/to selected cites. How does a round trip TIX for a paltry $65 from London to Barcelona grab ya? I thought so. Now, you have to read their rule book about luggage, carry-ons, on line purchases, etc., and they charge for every extra. But, if you are a savvy vagabond, and what reader of this blog isn't, you can plan and pack accordingly. A specific date is not set yet, and the first flights will probably only be from Boston and New York. They tend to fly to second tier airports. But who cares? You can save enough money to sleep in a five star instead of on your long lost cousin's couch. If Ryan Air makes a go of it on the Transatlantic routes, it will be a matter of time before you can catch that flight from Nashville to Cleveland for ten bucks. Click here to read a take on this from the SKIFT travel blog. I mean, other than Southwest, the best and cheapest airline in America, when is the last time you flew an American based airline, landed and walked away with  a good feeling about them or yourself? Hopefully, Ryan Air will make the big boys change their ways.
WOWAIR - REYKJAVIC'S ANSWER TO LOW COST QUALITY AIR TRAVEL
WOWAIR'S tag line is "Iceland's Most Punctual Airline". Stop laughing! They are serious. I have never been to Iceland, but, based on the quality and prices of their hip hotels, it is not a place that takes traveling well lightly. They are throwing their hat into the ring of the cacophonous US to Europe Airline Market. Click here for a Washington Post article outlining the plan. Depending on when and where you go, you can catch a one way from Boston to Paris for $99. Now that's just insane. Like any low cost air travel provider, you have your lovers and haters. The fact is - you can NEVER, EVER do worse than the bigs. So, I say wowee - zowee to WOWAIR.
So, fellow vacationistas, these two little tidbits are worth checking out and tracking to see what they do next. And of course, I will keep you posted when events develop or news is released.
HAPPY TRAILS!
D.L.STAFFORD
thenomadARCHITECT
Posted by D.L.S.architect at 12:23 PM