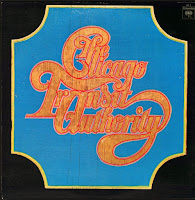 Finally, a wrong has been righted. Chicago is going to be inducted into the Rock & Roll Hall of Fame forty eight years after release of their first album - Chicago Transit Authority. That album alone should have put them in on the first ballot (Performers are eligible for the Hall 25 years after their first recording). Songs from that album are still being played in rotations by rock stations and XM 24-7. You just wouldn't think it would take the purveyors of rock culture that long to put a group that has sold over 100 million records with a sound like no one else into the Hall of Fame. But, let's face it, history has proven that rockers have never been known for having good sense.

Which brings us to today's Countdown tune. Chicago produced one of the top Christmas records ever made with the album Chicago XXV: Christmas Album. Today's Countdown number is a live recording by this mega group - NO. 8 ON THE 2015 CHRISTMAS COUNTDOWN - LET IT SNOW, LET IT SNOW.

And, as we get closer to the big day, we need bonus tracks right? More stuff to fill the hours of slackery during this busy holiday season. The Nomad Bonus Track today features the funniest of the funny men working today. Jim Gaffigan's take on Christmas and the other big holidays will lighten your mood and make you think.


Have a Happy Weekend - Merry Christmas!