DO YOU HAVE YOUR BUCKET LISTS READY MY FELLOW VAGABONDS? 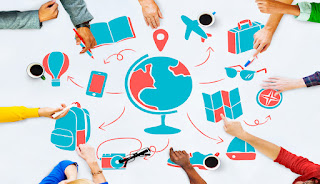 My fellow travelers, Christmas is just around the corner. If you don't have your Bucket List of places you have always dreamed of going with your significant other, your current lover, your  family, etc. etc. etc., then you best get busy. Just as Christmas is a mere five-six weeks away. April and May will be here before you can say andiamo (let's go). April-May and September-October are the best times of year to travel, particularly in Europe. Fewer crowds, good temps and cheaper rates.

Travel planning requires a lot of research and time to get it right, unless you have a lot of money and you're lazy. I have an ongoing discussion with some close family members about cruises. If you want to get on a boat with 3,000 of your closest friends, sleep in a room designed for Wizard of Oz extras, land in a port and go shopping for chachi that you could probably get at Walmart or in Gatlinburg, then get on. I must say, in all honesty, I have never been on a cruise. However, I have spent many hours studying that method of travel and every single time I say absolutely NO!!!

My preference has always been to go where Vagabond Souls must go to see the beautiful, the real and the unknown places. Places I have never been or places I fell in love with before and have a need to see them again. And, of course, critical to the success of any travel plan is finding those places to relax and lay your weary head after you've gotten lost numerous times. Taking the road less traveled is always the best policy, even with numerous U-turns. As one anonymous traveler said - Travel is the joy of never actually getting there. That was paraphrased, but you get the point.. This blog will always be about helping you, my fearless reader, figure out where to sleep, where to eat and what to see in your Vagabond searching for meaning. Really, when you get down to it, that's what travel is. It's not just about having a good trip. It's also about seeing different cultures and allowing those cultures, their traditions and their people to change your thinking about the world and life.

So, I thought it would be a good idea to start this little RANDOM BUCKET LIST thing with some places I, along with my wife and soul mate, Susie, and my family have been in the good old USA and across the pond. 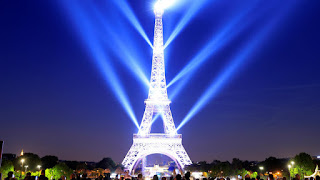 FIRST UP - FRANCE
Let's start with the joys, the food, the people and the amazing beauty of the most visited country in the world - France. I must say right up front, do NOT believe all those Ugly Americans that say Paris is a horrible place and Parisians hate Americans. We found Paris, its museums, its architecture and its people to be utterly amazing.

Most travelers to France focus on the great city of Paris. With its history, its museums, its architecture, ancient and modern, its food and its people, it is a city that must be experienced. I would recommend at least three days and nights just to see the big things like the Eiffel Tower, which was built for the 1889 World's Fair, and was supposed to be torn down after the exposition. It was viewed as the ugliest building in Paris when built, but, became the symbol of this great city. 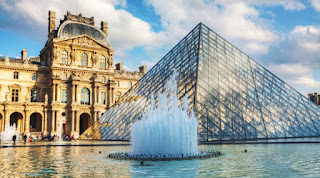 Other places to see in Paris will allow you to see some of the greatest and most famous artwork ever created. First up - The Louvre. The museum has one of the most priceless paintings by the master Leonardo da Vinci - The Mona Lisa. This painting is considered to be one of the most valuable paintings ever created by the renown Leonardo. And, as you would expect, it has had an existence of controversy and intrigue. Of  course the Louvre has so many great works of art you could spend many days there and never take it all in.

There are many museums to see in this amazing city of great architecture and art. I would highly recommend The Centre Pompidou. Spending a day in the Pompidou, which displays mostly modern works, will be a completely pleasurable experience.

We flew into Charles De Gaulle Airport, the second busiest airport in Europe, and, in my humble opinion, the most poorly designed and confusing. But, once you're out of the maze of the airport, the beauty of Paris will unfold. It is truly an amazing city. Unlike other big cities, it does not have tall buildings in its center, which makes it a unique place to walk or stop at a sidewalk cafe for coffee or a light snack. The romance of this great city is around every corner. We have a vivid memory of going for a walk after an early evening meal, turning a corner and seeing the brilliantly lighted Eiffel before us - Amazing! Once you walk the famed Champs Elysees and see its monumental Arc de Triumphe you will get some  idea of the artistic influence of this great city. 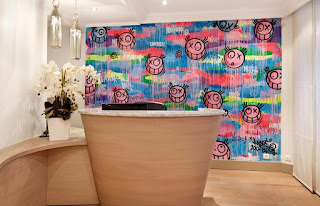 There are hundreds of small boutique hotels to choose from all over Paris. We stayed at the Hotel Mayet within easy walking distance of The Eiffel Tower and many other attractions. While there, we had the pleasure of eating next door at a small restaurant and sat next to an American pilot who lives in Paris. His take on Paris was fascinating and his love of this great city was evident. This particular hotel only has twenty four rooms. Perfect size for this vagabond. The staff was always friendly and helpful in their recommendations on how to get around and the best restaurants. And, best of all, you can get a room for between 125-180 euro per night.

That's my take on Paris. If you have never been, add it to your Bucket List today and make your reservations soon. Just to get yourself motivated to visit this fabulous world class city, enjoy an excellent video on the top ten things to do in Paris. Juste Aller! And of course, the rest of France and the always beautiful region of Provence must be experienced as well. In future posts, I will bring you some thoughts on the rest of this magnificent country.

And one last thing, it's only eleven days until December 1, the beginning of this year's Top 25 2019 Christmas Countdown. I have searched high and low to find many new tunes for your enjoyment. In the meantime, GET BUSY - PARIS IS WAITING!!